I have two very crazy and goofy sons. Life is never dull and is the farthest away from boring that you can get, which is why I'm still up at 1:00 am. My youngest son just will not go to sleep. He's not crying, just talking. I've done everything I can: milk, playing, rocking, etc. Now, I'm just giving him time to see if he'll finally fall asleep this time. While waiting, I dumped all the pictures from my camera, and I couldn't help but chuckle as I remembered what was happening when those pictures were taken.

Last week, I gave the boys their sippy cups of water and went into the other room to finish something. I heard them maniacally laughing. If anyone has more than one child, especially of the same age, you know that you need to check when you hear that laugh. I walked in the room, and Titus was spitting his water all over himself, the floor, and Peter. He would take a big gulp of water and, then, spew it EVERYWHERE! Of course, I cracked up. How do you get onto them when you're laughing hysterically? You can't; so, I just took the cups away. Well, the cups had come right out of the fridge when I gave them to the boys not five minutes before the spitting began. So, not only were they soaked, but they were freezing. Titus was waddling behind me hoping I would change his clothes soon. I did let him stay in them a few minutes to hopefully keep him from doing it again. But, don't worry, it didn't work:)

Then, last week, when I was at Mom and Dad's, Dad came out to the van to tell the boys, "Hey!" He opened the door and asked what was on Peter's mouth. I looked back there, and he had been eating his shoe!! He didn't just chew on it; there were actual chunks missing from the flip flop and were being chewed in his mouth. I have no idea what possessed him to eat his shoe, but now, I have to remove his flip flops while he's in the car seat. 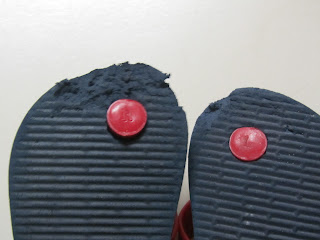 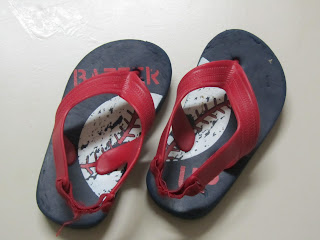 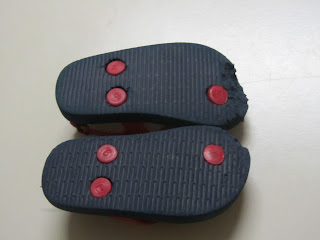 I've also decided that I have absolutely no idea how they sleep and don't wake up with back pains. I went to check on the boys before I went to bed a couple of nights ago. I always check on them and find them in super funny positions, but that night was definitely the strangest I've seen Peter sleep. He fell asleep on his side with both legs hanging out of the side of the crib and through the same slat. He had to have gotten into that position while awake and then fell asleep that way. There is no way that I could have fallen asleep, but he did. 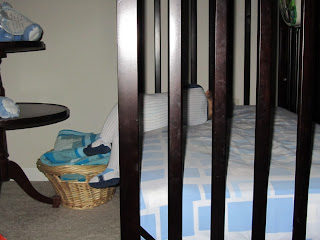 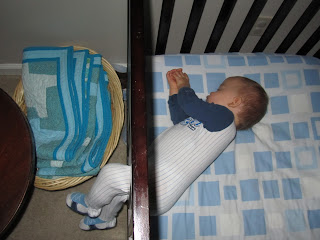 Yeah, my boys are silly but ever so adorable!!!!

Posted by Stephanie at 9:59 PM