I can't believe that it's already spring weather down south. It just seems wrong to have the AC going full blast in the car and to wear shorts and t-shirts in March. The good part is that we've been able to play outside and have plenty of park time. Both the boys love playing outside especially when Pa or Uncle Stephen are there. Mom's just not as cool as they are: probably because I don't throw leaves in my hair:) 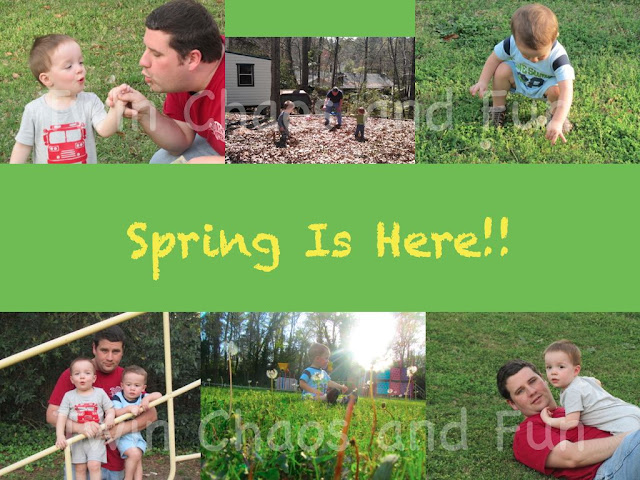 I'm officially boycotting the air show this weekend. If I could ring some people's necks, I would. This weekend is the air show, and today was the final practice. Unfortunately, their practice route is directly over my house. All afternoon, my entire house was shaking. This also means that there was no nap time for Peter and Titus. There was absolutely no way they could sleep through all the noise. I have a feeling that it's going to be just as bad Saturday and Sunday. Ugh!!

On the bright side, Daniel and I were able to enjoy a wonderful date night without the boys. Thank you Uncle Stephen and Aunt Karissa!! Apparently, they wore the boys out because they were in bed and knocked out cold when we got home at 9. They took the boys to Chuck E Cheese!! They had tons of fun; and of course, Aunt Karissa took tons of pictures. Here's a few. 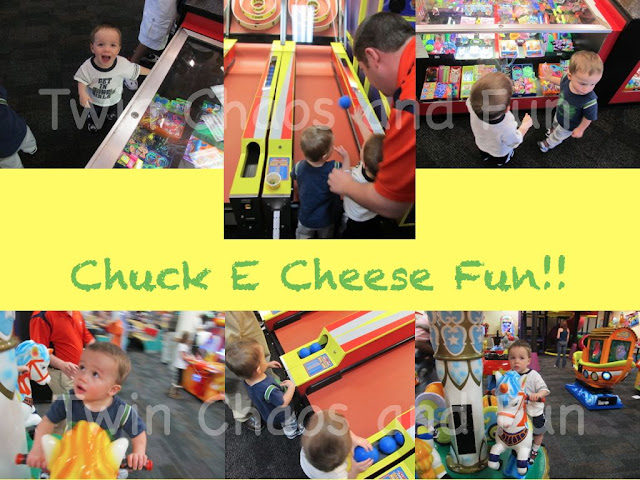 I also have great news that we got a new dryer...well, a new to us dryer, but it works great!! Pa came over and "helped" me get it hooked up. Actually, there was no helping involved; he did it all. He had two sets of eyes watching his every move as he switched out the cord on the back of it. One day, he'll have two sets of eyes not only watching but also asking 100 why questions. But nonetheless, he was still one proud grandpa as he showing them what he was doing. 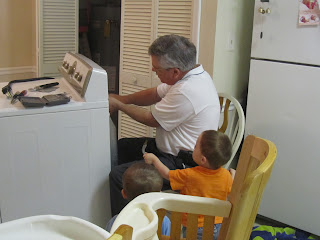 Posted by Stephanie at 1:48 AM